GenCon is kicking off next week, running between the 4th and the 7th of August. The Warhammer booth will be packed with demos, event-exclusive miniatures, and a well stocked Forge World store.
You can also participate in Kill Team: Live!, a super immersive laser tag experience themed around the greatest sci-fi skirmish game.

It’s an exciting time for Middle-earth fans. Let us add to that excitement with the announcement of our first ever online preview – dedicated entirely to the Middle-earth Strategy Battle Game™.
Before you get too excited, we won’t be revealing anything that ties in directly to the upcoming The Lord of the Rings: Rings of Power TV show (though we’re all pretty excited to watch it). Instead – we’ll be continuing to celebrate 20 years of the Lord of the Rings motion picture trilogy.

Tune in this Sunday for an hour-long show that will reveal plenty of what’s coming to Middle-earth this year.
There are lots of incredible new miniatures to be announced, all linked to our celebration of the 20th anniversary of the Lord of the Rings motion picture trilogy. One extra special reveal is tied directly to Lord of the Rings: The Two Towers™…
If that sounds as appealing to you as a second breakfast does to a Hobbit, make sure you join us for the Middle-earth Strategy Battle Game: Warhammer Preview Online on Sunday the 7th of August at 2pm BST. 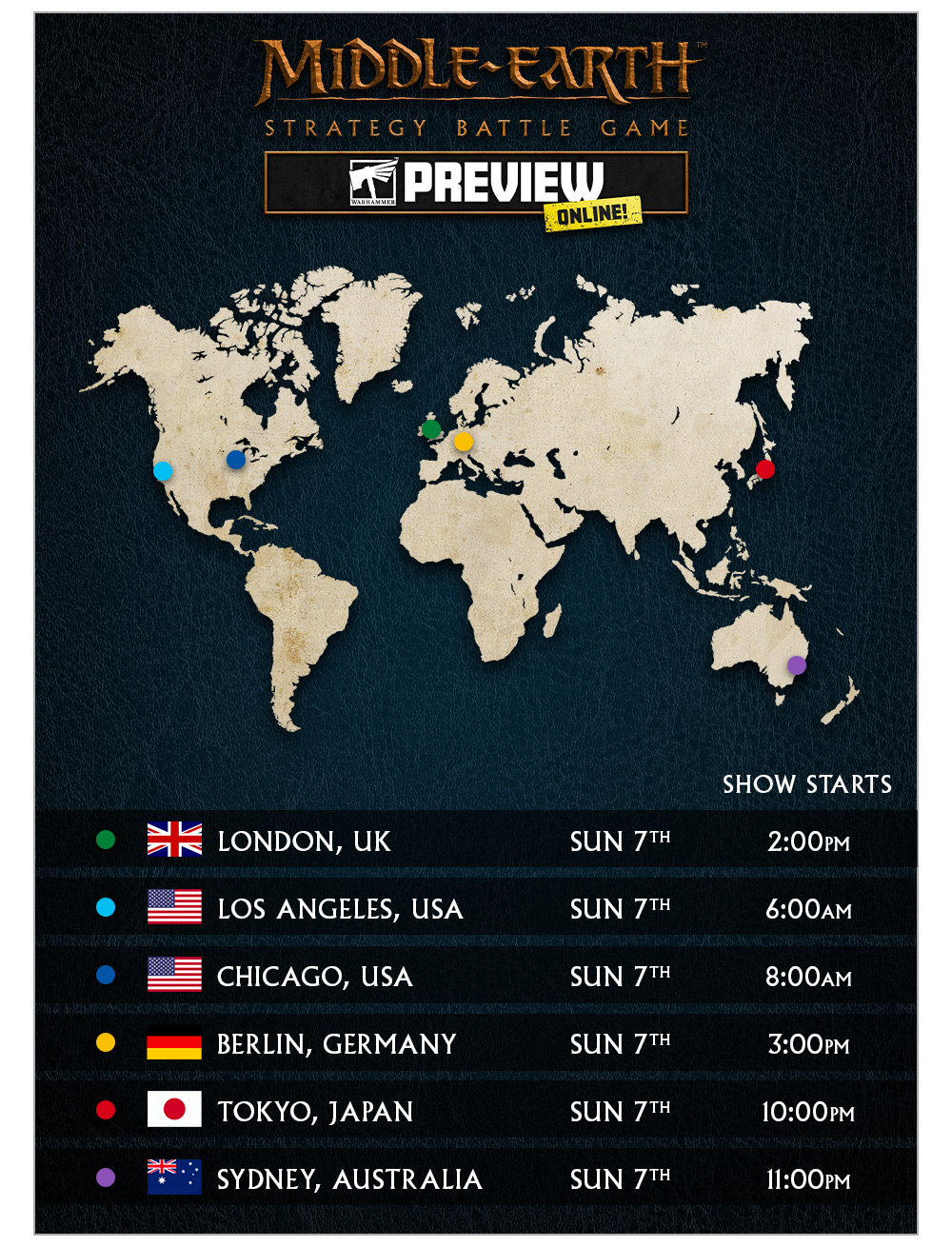